Get fresh music recommendations delivered to your inbox every Friday.
We've updated our Terms of Use. You can review the changes here.

Forest of the Black Marigold 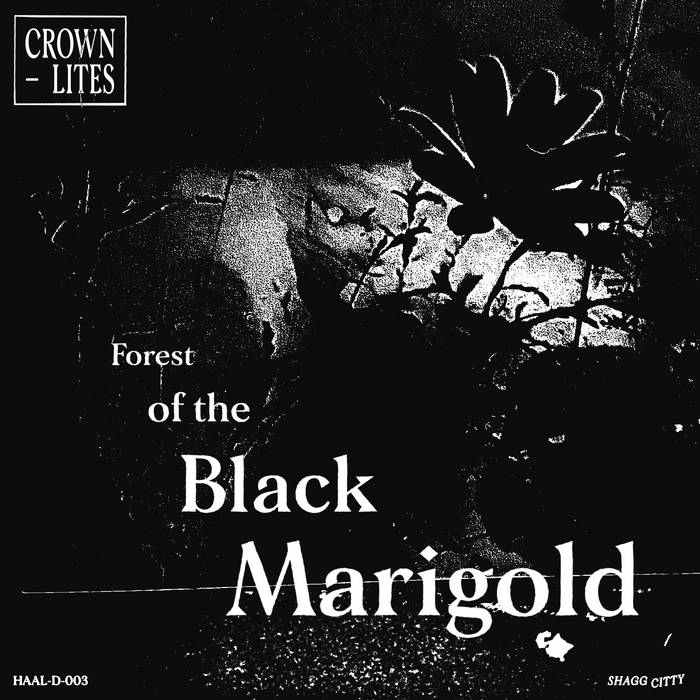 Across deserts and oceans, endless stretches of interstellar tollways and ending (or beginning) in the borough of Brooklyn, the advent of Crown-Lites encapsulates the travels through space and time of Matt Kursmark and Mike Sarason. After nearly two decades of collaboration across numerous bands, tours and projects, Crown-Lites was officially formed as a production team when the two began experimenting with electromagnetic reel-to-reel recording techniques in early 2020. This process combined with a love of the esoteric unlocked a neoteric dominion of creation for the dyad, providing the promethean spark for their first release … An original soundtrack for a lost and hitherto unknown film, Forest of the Black Marigold.

Nobody expected it … and nobody could believe it … but could anyone comprehend it?

Would anyone dare step outside to confront the unknown? Or would forces greater than any individual weave a kinetic reaction tighter than previously imaginable.

Was the forest glowing? Or was it just a case of collective paranoia? Who would breach the forest line and uncover the truth about the powerful and mythical flower?

Would it blossom for doom or benefaction … pollenate life or death?
What will happen if you enter … Forest of the Black Marigold.

Happy As A Lark Chicago, Illinois